Being a .NET developer people might think that I’m a Microsoft fan-boy and don’t use service like Gmail, Yahoo! and that I’m stuck on Microsoft Services (OneDrive, Outlook). That’s not true. My main e-mail is a Gmail account and I use Outlook for my Windows Account. Actually for a few years (3-4) I’ve been using an Android powered device as my daily driver. First was the LG Optimus One P500 and then I upgraded to a Nexus 4. Only recently I’ve switched to a Nokia Lumia 925. I don’t like Windows Phone as much as I did like Android and probably my next phone (in a year or so) might be another Android device. I’ve switched to Windows only because I wanted to try out the platform and see if I’m capable of writing a more decent Windows Phone app that I could write on Android. The point is I’m not using only Microsoft services.

##Inbox Now you might know that Google recently released Inbox. I’ve really wanted to try it out and see how it works, but being stuck on Windows Phone there’s no apparent way to get it. Nonetheless I’ve requested an invite by emailing [email protected]. Yesterday I’ve received the invitation. The only problem is that to activate it you need to have an Android device. I gave my Nexus 4 to my girlfriend so there wasn’t any real way to install the app using my account, not without manually entering my credentials into her phone (she still has some of my contacts synced to her address book and I didn’t want to add more).

##Emulators Luckily there are a lot of Android Emulators out there, Andy being the first in the search results. So I’ve downloaded it, installed it, synced my Google account with it and within minutes I’ve got my Inbox invitation activated. I was really surprised on how easy it was.

Now I can use the web app whenever I want. It’s using the Material Design Guidelines and to be honest it’s pretty good looking. I’ll be using it as my Gmail replacement in the coming weeks and I’ll give a full review after I’ve seen what it’s capable of.

Here’s a screenshot of the app: 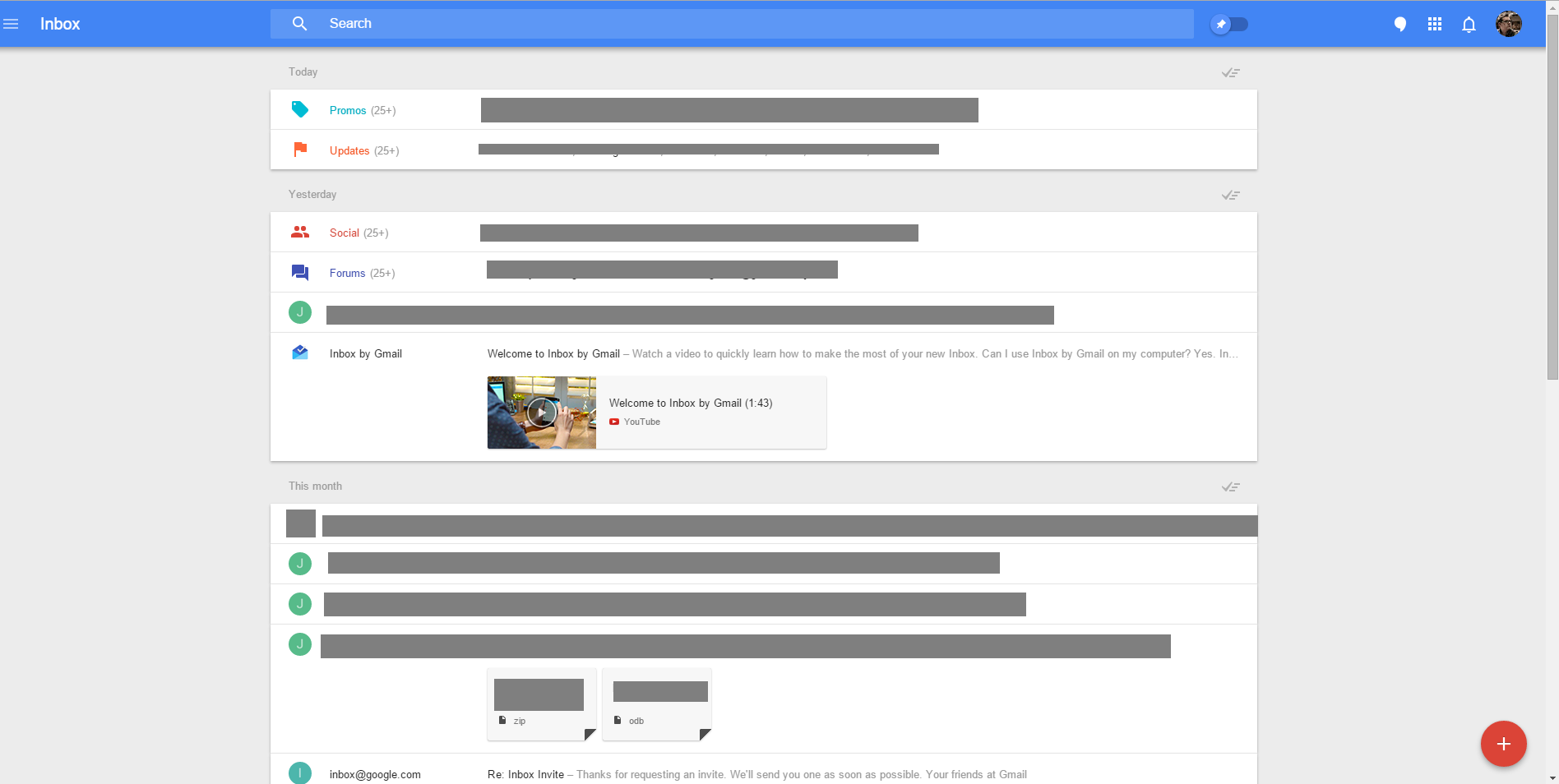